Tomb Raider is Back From The Shadows.

I am a Tomb Raider fan. That’s the best way to start this. When I was five, me and my mother would walk past the Core Design studio and she would say to me “That’s where Lara Croft lives”. 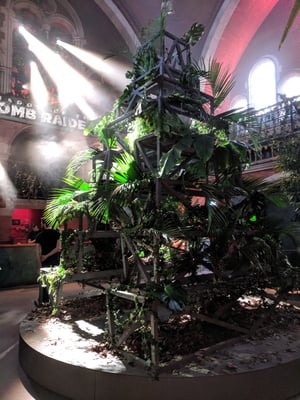 Over the past three years I have contributed original assets to two Tomb Raider books and held two events at QUAD. Meagan Marie, the community manager at Crystal Dynamics, has always been a massive helping hand when it comes to promoting our live events and offering support. Last week she sent me a message asking if I would like to attend the launch party for the new game Shadow of the Tomb Raider and to be one of the first to play Lara’s next adventure. My answer was obviously a yes!

Fast forward to Thursday 26th April where, after a three-hour coach journey, I arrived at Victoria station in London to be greeted by Ani, a German content creator part of the official fan site program. As an ambassador for the franchise, she gets invited to exclusive community events, her most recent being meeting Alicia Vikander at a pre-screening of the latest Tomb Raider film in Berlin. After a catch up, she informs me that although the official event starts at 5pm, we got access an hour early! 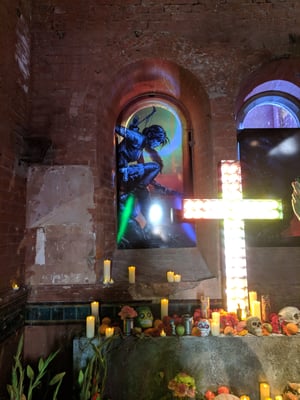 We headed down Shaftesbury Avenue to The Welsh Chapel, a nineteenth century Grade II listed building which was formerly a Presbyterian church. It all became real when we approached the signed doorway and two security guards. We were greeted by a Mexican theme decor with a giant spinning Mayan temple as the centrepiece. Next on the evening’s agenda was a presentation for community members, which informed us that this last part of the trilogy shows Lara’s evolution to become the Tomb Raider. Then it became time to give the game a proper go…and the Mexican theme began to make sense. Lara’s next adventure sees her trying to stop the Mayan apocalypse and face the consequences of her tomb raiding antics! After the 45-minute thrill of the demo, I took full advantage of the free bar and food. As we got closer to 5pm we went from 20-30 to 400 people featuring game journalists, cosplayers, former Lara models and a lady apparently from Love Island. 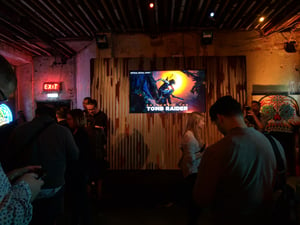 What I found most heart-warming was that I was with groups of people from across the globe that knew where Derby was! I was speaking to some French fans and they were asking me about Derby and what we do to celebrate our Tomb Raider heritage. Many of them were of the opinion that having a street named after Lara Croft wasn’t enough of reason to travel here. To me Lara is Derby’s Robin Hood and I think she deserves a bit more recognition. Overall, I felt very privileged to be asked to see Lara’s new adventure and I look forward to 14th of September to experience it again.