We were treated to a facinating evening with Leila at our August Mainframe event on Digital Disruption. As with every great speaker she left us wanting to know more so we popped across a couple of extra questions and here's what she had to say. 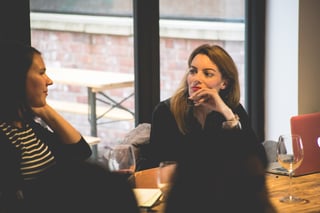 Where do you get your creative inspiration from?

I think this is really about confidence. When you feel strong enough to be really honest with yourself, the ideas suddenly reveal themselves. Occasionally something will burst into my head – an image or concept or joke I know is a winner – but most of the time I find it quite hard. It's getting easier with each project, though as I recognise my themes, and start to realise where they're coming from and why I'm interested in them. I went through a phase of being very interested in death and the end of the world, and confronted that creatively through works like my gamebook about world endings, Enemy of Chaos (2009), my event series about apocalypses (2012), and more recently the Life Extension Booth (2015). I think a lot of that was a way of dealing with some of the things that happened to me when I was younger. But now that's out of my system, I look for inspiration right in front of me – straightforward beauty like the colours in the sky, people being pleasant when they don't need to be, or the way something moves. Inspiration is everywhere, it's just about feeling good enough to be open to it. Maybe the short answer is: it used to be death, but now it's life?!

Do you consider yourself an artist, techie, creative, digital expert or something else?

I'm definitely not a digital expert or a technie! I suppose I am what I am paid to be: so at the moment that's an artist, curator, writer, broadcaster and speaker. Someone described me as a 'warrior poet' once, which I LOVED, of course! I think there's a manifesto, and sense of sort of slightly misplaced righteousness behind most things I do. I have always had a need to create 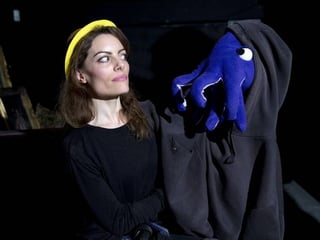 original, positive experiences that people can share. My background is actually magazines – I was an editor on a national publication until my first book came out in 2007, but I always made magazines and comics, from a very young age. Some kids had imaginary friends, I had an imaginary audience. But it's a form of expression that you can get a community involved in, and it's a lens for focussing a group's thoughts. I think that's so beautiful.

What are you working on at the Site Gallery (I know it's currently shut for renovation)?

I expect to make a couple more events for them this year. We're calling my interdisciplinary discussion series 'Site Sessions', and you can find out about it on the Site Gallery website. It's been an amazing way for me to indulge my interests, so we've had discussions about 'Art, Science & the Truth', 'The New Economies' and  'The Mobile Imagination' with speakers from the worlds of science, art, philosophy, finance, theatre and more. I also attend meetings and workshops and help out generally with various bits and pieces.

What is the next exciting thing your working on? Are you able to tell us a little more about the mermaid?

The mermaid project is supported at the moment by Collusion. It is still in R&D so I'm trying not to get too excited in case the project doesn't get ongoing funding... but it's difficult to keep a lid on it, because mermaids are extremely addictive! 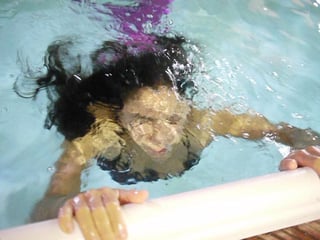 There's a thing in philosophy called LaPlace's Demon, the idea that knowledge of every atom's location and momentum can be used to ascertain its future and past. So if you have enough information about the state of the universe right now, then you can get a complete picture of the future and past, too. I think this is interesting in relation to data and predictive AI systems. It strikes me that if you have enough data about the present, you ought to be able to predict the immediate future. In the world I've created, a predictive algorithm has become sentient and assumed the form of a digital mermaid, which the authorities have managed to trap in a screen after ripping up some cables under the road to isolate her. The creature is under a work tent in a road, and deploys various techniques to attract passing humans. It's an obvious reference to the Feejee Mermaid, a 19th Century hoax, because I feel the public conversation about AI is something of a sensationalist hodge podge. But basically it's a mermaid that reads your palm and does your tarot in a weird and unsettling way. The pics shown here are from my R&D test footage, and the mermaid is the amazing dancer Rosa Kostic Cisneros. 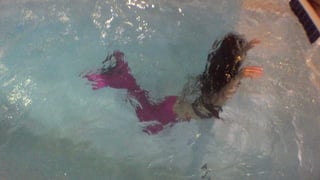 If time and money were no object what topic would you like to explore?

I'm really interested in economics, investing and the stock market. I'd love to do a residency at a bank or on a trading floor. I'm always surprised there isn't more art about money: it's social, imaginary, and totally dependent on emotion. I love working with dancers too. It would be great to do something bringing together dance and economics.

Where could we see you next?

I'm not sure. The way this life path seems to work is, you apply for everything, have speculative coffees with enthusiastic people, and then eventually get invited to start a project of a few months in length, requiring you to be available almost immediately. So it's difficult to make any firm plans because you never know what's around the next corner and never want to end up turning an opportunity down. It's an exciting way to live, but I'm at a point now where I wouldn't mind a good meaty thing that went on for a few years. Saying that, I've had a really busy year; I've done loads of talks, seven courses, two R&D projects, writing & editing work, a column, and this new curator job. I wouldn't mind a slight wind-down to Christmas soon! 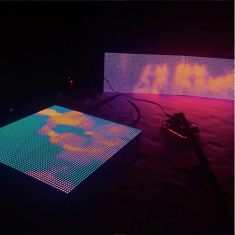 Want to hear more from Leila?