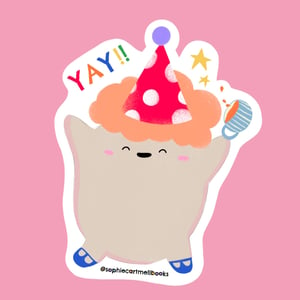 It was in early April 2020, that the idea for a children’s picture book character came in to my head and wouldn’t leave. I was listening to an audiobook recently that discussed the possibility that the universe is full of ideas that float around, searching for a human vessel to latch on to who will take the idea and bring it in to the world. I’ve had many, many ideas in the last decade for children’s books, characters, animations, greetings cards, art prints, illustrated products, novels, and multiple possible business ventures, but this idea came to me with clarity and stuck around until I’d got the job done.

Her name is Mary. She’s a happy soul who wears party hats, pompom shoes, loves fancy dress and tea parties and playing her keyboard. She is unique. She is also shiny in the way that some people are, and stands out even though she doesn’t mean to. She’s actually a little bit shy and finds it difficult to put herself out there and make friends. Her story follows her journey to finding true friendship and allowing herself to be happy in who she naturally is.

When I was writing and illustrating the book, I wanted to explore a particular idea relating to experiences in my own life; the different phases of development and stages of growth that I’ve gone through over the last 35 years to become the person I am today. It hasn’t been linear. In fact, it’s been a very mixed bag, not often straightforward and certainly not easy. I’ve felt like an outsider for quite literally as long as I can remember… like I don’t fit in. I’m kind of ok with that now, but it’s been a difficult journey of tough experiences to get to some form of self-acceptance that allows me to feel at ease with that element of myself.

I was reflecting on all of this, and I remembered a card that a friend gave me during a – yes, you’ve got it – one of those difficult times I was just referring to. It read “Never Let Anyone Dull Your Sparkle”. It’s been used a lot now that phrase, but at the time I received the card I hadn’t heard it before – it really struck a chord with me, and I’ve never forgotten it. 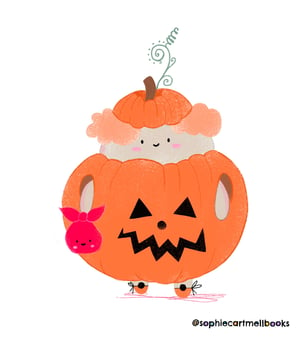 As I was imagining the book, I thought a lot about a little character with a bag of stars that symbolised her intrinsic, sparkly and unique essence which she gives away one by one to people and situations which aren’t worthy of receiving them. I actually decided not to use that strand of the story and instead went with a more subtle analogy where Mary is surrounded by little stars that diminish as her journey progresses, and she experiences unexpected rejection from others that she’s opening herself up to and trying to interact with. It’s towards the end of the story that the sparkle returns, after she’s made peace with herself, allowing a metaphorical door to open for her true friends to unexpectedly find her.

9 years ago, I became a Mum for the first time. I’ve done everything I can to stop history repeating itself in my daughters life, and hoped desperately that she would be able to “fit in” more easily, where I was never somehow able to. I didn’t want for her to feel like I have; I desperately wanted to protect her from that feeling of always being on the outside looking in. But what I’ve learned over time, is that “fitting in” isn’t actually what it’s all about - especially if that’s not your path to tread. So as I was writing and illustrating Mary I wanted to take that in to account and try to encourage individuality, strength, self-worth and self-love too. If you can be happy in yourself, then you invite happiness and love from others too. You’re also able to shine authentically, which is everybody’s right to do. That doesn’t mean you have to be making a big noise about yourself or what you do – being shy and quiet is ok too! Being brave enough to be on your own, and happy in your own company is important also – and hasn’t that been tested this last year during the various lockdowns?!

I got half way through a very thorough first draft of Mary which I worked on solidly for weeks, only to decide I wasn’t happy with the illustrations. It was a maddening moment but I felt certain that if I was going to do this book and do it right, I needed to be absolutely happy with each illustration and so I started again. Mary didn’t change too much though – in fact, she’s looked the same in my head and on paper since I first imagined her. I wanted Mary to be fairly formless because I knew I was going to be playing with a fancy-dress theme as she explored various guises in her attempts at joining in with others, and discovering her true self. I decided that it was important for her to be quite indeterminate in terms of what she “is”, and without too many labels. She is a “Mary”. There is only one of her and that’s who and what she is. She has lots of lovely Mary qualities and attributes to offer, and to me that didn’t need to embody any kind of stereotypical form. 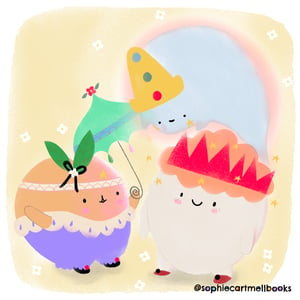 I also wanted Mary to look cute - partly so that she would appeal to people, but also because her sweetness and sensitivity are a big part of who she is. A running theme in the artwork I’ve created over the years is driven by a desire to make my audience smile. I kitted Mary out in funny and cute accessories at every opportunity, like her many different hats for example, and her “electric boots” which she wears when she’s sitting on a bench with her bag.

My list of potential friend ideas for Mary was exhaustive but I settled on a fairly eclectic mix of characters that she approaches. I was inspired by magic and folklore, with a reasonable dose of something eccentric weaved in amongst it all too. I wanted each image to be strong enough to stand alone and tell the part of the story it was visually intended for without the need for words. The wording itself incorporates a bit of repetition throughout the central part of the story as Mary is approaching others. When I read to my youngest daughter, picture books with a repetitive rhythm allow for a bit of dramatisation which is always fun.

I’ve got many more Mary stories to come, but I hope everyone who reads this first book will enjoy it. A labour of love during lockdown 2020, Mary is “summoning her strength and showing off her sparkle” and going out in to the world to make some friends. We hope you’ll be one of them! 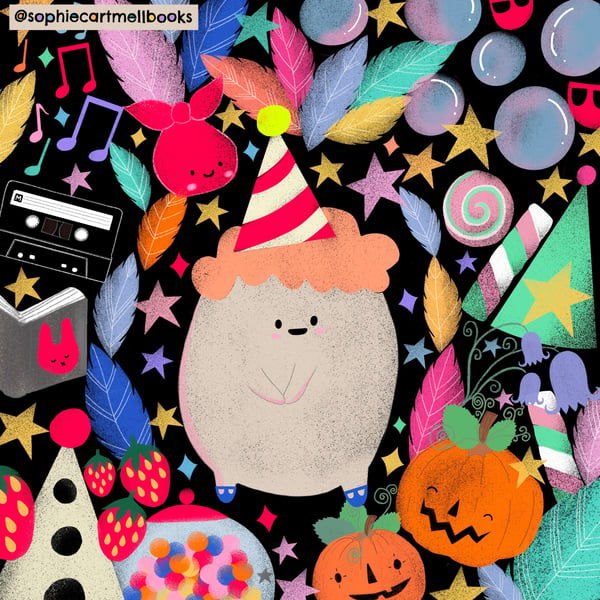 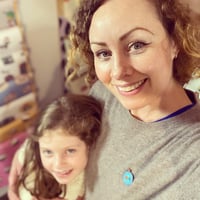 Available to order now a: https://olympiapublishers.com/books/mary

Email duckandpeach@gmail.com for any enquires.