By Claire Cutts & Joe Clark, Owners at V21
It’s a year since Mixed Realities, now known as V21, completed their first 3D Virtual Tour of Derby College’s iconic Roundhouse, for Roundhouse Events.
This work went on to inspire them to create an innovative and engaging interactive map, featuring 14 virtual tours of spaces in Derby, including Derby Cathedral Tower, Derby Museum and Art Gallery, Pickford’s House and of course The Roundhouse. They have recently added Banks Mill Studios to the map, capturing all 5 floors, containing 30 creative studios. The 3D Dollshouse view is stunning. The interactive map can be viewed at www.visitderby.co.uk/3d-tour 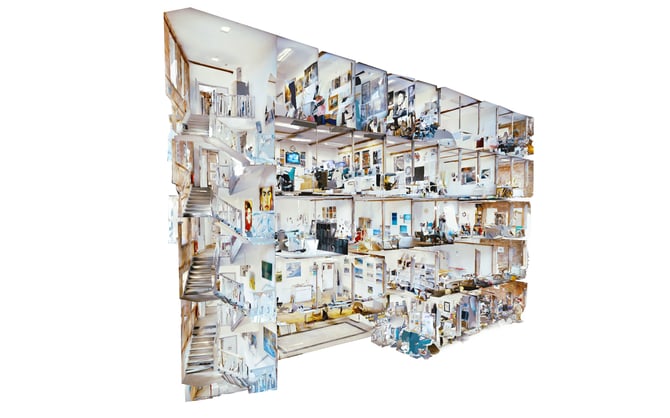 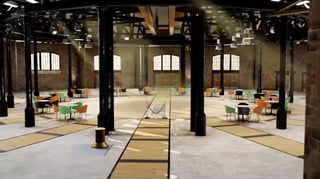 VR environment using the data capture from the original laser scan of the Roundhouse. The
result, an amazing tool for visualisation and redevelopment projects, presented at the FBE
event at The Roundhouse with Maber, in September 2017. The video below shows the
journey from the laser scan virtual tour to the CGI/VR version. v21.space/cgi-immersive-vr
Since September 2017, V21 Artspace has presented over 20 Virtual Exhibitions for Galleries
and Museums in Derby, Nottingham and London. including the one-time only world
exclusive “Dinosaurs of China - Ground Shakers To Feathered Flyers” exhibited at
Nottingham Wollaton Hall and Nottingham Lakeside Arts from July to October 2017.
v21art.space/dinosaurs-of-china. In December 2017 they branched out to the US. New
York based associate, Sylvia Mead, already has 2 exhibitions under her belt, captured at Art
Basel Miami. They are excited to be presenting their first New York virtual exhibition very
soon and are collaborating with some major organisations on upcoming projects.
Closer to home V21 Artspace are thrilled to be working for Flux Exhibition at Chelsea College
of Art this April. 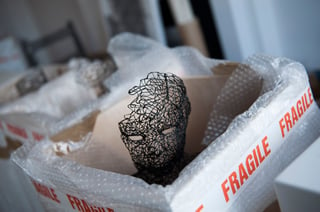 From late February their space at 21 Cornmarket will be used as exhibition space, V21Gallery. They are hosting an opening exhibition “Life & Death” by artists David Booth MRBSand Keith Newlove. The exhibition will be available to view in person and will they will
produce a 3D Virtual Exhibition making it accessible to anyone unable to visit.
V21 Gallery space can be hired out on a daily basis and will include a 3D Virtual Exhibition.
Owners, Claire Cutts and Joe Clark, wholeheartedly agree that even though the last year has
been a major challenge, as it is for any start-up business, this has been massively
outweighed by the incredibly rewarding work, collaborating with some amazing organisations
in Derby, including Derby Museums, Quad and Mainframe, that have supported their
endeavour, willing them to go ahead with their bold ideas. They strongly believe, where
there’s a will there’s a way. 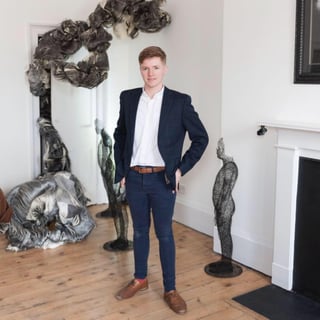 This immersive experience allows you to explore a space as if you are there.