My business and life is entirely based on the success of digital media, yet the digital world is one that I at least partially detest.

Don’t get me wrong. I need the world to drown in websites, video content and an ever-growing number of social media channels if we at Archer Hampson are to be successful. 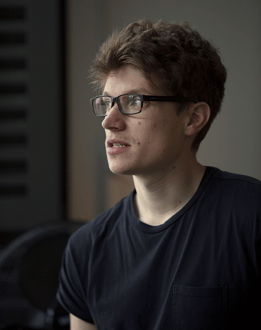 I need everyone to be lost in their devices so we can keep producing ‘content’.

The problem I have with what I need is that it can be fundamentally terrible for everyone else.

Digital engagement can all too frequently be a hollow practice, something akin to consuming a McDonald’s salad and telling yourself that you’re being healthy.

It doesn’t have to be this way, but for us to engage with a digital world without losing our soul there are a few things we all need to be clear on.

Thought #1 – Social media isn’t for you

Whilst the word of someone on social media is cheap, the systems which project that word are far from cheaply produced.

Your information is being collected and offered to people like me to capitalise upon.

Facebook’s Ad Network is particularly useful to me and other creatives in this regard. However, the network isn’t being built with the consumer’s best interests at heart.

In academia and other corners of tech, peer review is the norm. Cybersecurity companies hire outsiders to poke holes in their infrastructure and find vulnerabilities they may have missed.

They don’t view that as sacrificing trade secrets or spilling their special sauce. If anything, they view this extra vetting as a competitive advantage.

Compare that to Facebook’s approach. “No outside researcher has ever had that kind of access…”

As the above quote from a recent Wired article illustrates – if we don’t moderate content, then Facebook won’t necessarily do it for us.

At Archer Hampson, if we weren’t who we are, there would be very little to stop us from miss-selling our client’s products using Facebook’s Ad Network.

That’s why we have a code of practice as to how and what we’ll post for clients on social networks.

In 2016 “post-truth” was the Oxford English Dictionary’s word of the year.

You might be able to guess which two occurrences led to the OED choosing “post-truth” as their word of the year.

Yep – I’m sorry I can’t really avoid talking about both Trump and Brexit with regards to digital engagement.

With Trump – and the alt right – we learnt that stupid words on social media channels could translate into real power.

With Brexit, many of us woke up to the idea that when we’re online, we’re trapped in an echo chamber. As a relatively young person, living in a digital bubble, I had thought there was no chance we’d leave the EU.

Anyway, there’s no real need for me to explain what “post-truth” is, because I’ve found an Oxford don wearing big glasses to do it for me.

As A. C. Grayling talks about, digital media has enabled to spread of misinformation with such speed and with such reach, that fact-checking becomes an after-thought in this process.

We obviously saw this last year, when digital media did distort the real world.

These movements and moments were all seen and consumed on digital platforms. It’s easily arguable that none of them would have had the societal impact they did without digital engagement.

The alt-right’s voice would have been quieter.

Corbyn might not have won over the youth vote as effectively as he did.

When I talk about digital media, I mean it in the most plural sense possible.

Digital media is not a synonym for social media.

Take the world’s most popular search engine for example, it has the highest engagement of any platform across all age demographics.

It is the internet to many people.

Google’s search bar has replaced many people’s brains. It’s affecting real thinking and real behaviour. The word Google is a verb to us all.

As funny or unfunny as you found that skit, it does say something about digital engagement that we should think about.

As a 2016 Guardian article pointed out, predictive search adds a filter to the information that we think is available on the internet.

A filter that a lot of us don’t even think about in any meaningful way.

After all, why is it that when we’ve had the most access we’ll ever have to facts, that we’re now paying less attention to them than we ever have?

When we talk about digital engagement, we’re entering a world which isn’t defined.

Engagement is a “heart” metric we are trying to measure with “head” data, and engagement is such a utterly unique feeling for every digital platform that it will almost always have a unique definition for each and every platform.

That is to say that when you and I talk about “digital engagement”, do we even know what we’re talking about?

Thought #5 – We’re all responsible for this mess

Now, whilst I must say I enjoy ragging on the digital media platforms which keep my lights on, I would like to end this positively.

I’ve discussed how we can question what digital engagement really means, and how it distorts reality – often for negative purposes.

But it’s not all bad. Take this recent viral-ish Facebook video – without that platform, it likely wouldn’t have had an audience.

I guess what I’m saying is that ‘digital engagement’ is about more than learning to use a set of tools and systems.

It’s about learning to engage our brains and really think about what we’re doing on those digital platforms.

Want to hear more from Jack?